Had a great week in Hilton Head Island.  It was nice to just get a way for a bit.  Weather was good so was able to run a 5K, bike along the beach, and swim in the pools.  Also took a day trip to South Beach and climbed the lighthouse. 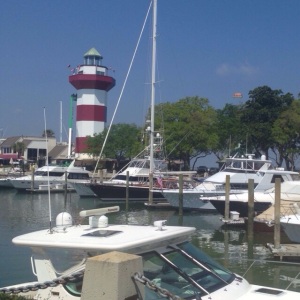 While in South Beach, saw these parrots who have been there for as long as I can remember. 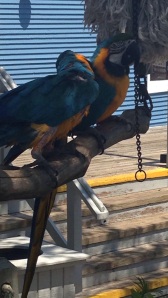 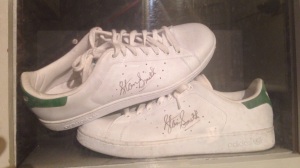 But now I’m back in NJ and back at work

I tried reading “The GoldFinch” but could not get into it (one of the few books where it just did not make any sense).  Gave up after the 1st few chapters, and switched to “The The Devil Sleep”, the 3rd Dave Gurney book by John Verdon.  Really enjoyed the 1st 2 and this one is just a s good.  Hope to finish it soon

The Met’s are playing some good ball to start the season.   Hopefully they can stick around for a while as not team (other than the Milwaukee Brewers) are trying to run away and hide.   Terry Collins still drives me crazy with his wishy washy comments – Wish he would just make up his mind and stick with it.

Still loving both Survivor and The Amazing Race.   Looks like the next few episodes of Survivor will be crazy (love the new super power idol – could really be a game changer).  I think I am rooting for Tony to win.   I also enjoy watching the Ponderosa Videos each week after somebody gets voted off.   Gives another perspective of the game that I find interesting

Heading to the Philly Card Show this weekend in Allentown.   Always a great time to see fellow collectors and what cards are out there.   Hopefully I can pick up a few things I need.  Did see that Topps will be releasing a Start Wars themes Wacky Package set in the fall.  This looks interesting so may need buy a few packs and check it out

Speaking of Star Wars – Happy to see that the original cast will be reuniting for the new Star Wars Movie that comes out next year.    Very interested to see what J.J. Abrams does with this.   I really likes Alias, but was not a fan of the new Star Trek movies.  Hopefully he takes the feel of the Original Trilogy (Episodes IV, V, VI) and not the childish and over CGI’d feel of the new Trilogy (I, II, III).  I am sure there will be tons of rumors, information, plots, etc. thrown out over the next year.  Will do my best to avoid any major news or spoilers.

More to come next week