I also had a friend who worked for Radio Station WPLJ in New York when “A View to A Kill” came out and got to go to a special screening. 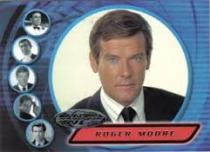 I’ll leave you with the opening scene from “The Spy Who Loved Me” which still today is one of my favorite scenes from a movie.

RIP Mr. Moore.   You will be missed