Posted on February 8, 2017 by AverageAndy

Sad to see the passing of Richard Hatch.   He played  Captain Apollo in the original Battlestar Galactica television series, as well as Tom Zarek in the reimagined Battlestar Galactica.  I was a huge sci-fi fan as a kid and became a big fan of Battlestar Galactica when it premiered in 1978.   I remember being in 6th grade and the teacher brought in a 1979 Battlestar Galactica calendar and told us he would give it to the person who scored the best on an upcoming spelling test.    I had never been the best speller, but I made up my mind that I had to have this calendar, so I studied harder than I had ever studied and won the calendar, and I still have it today. 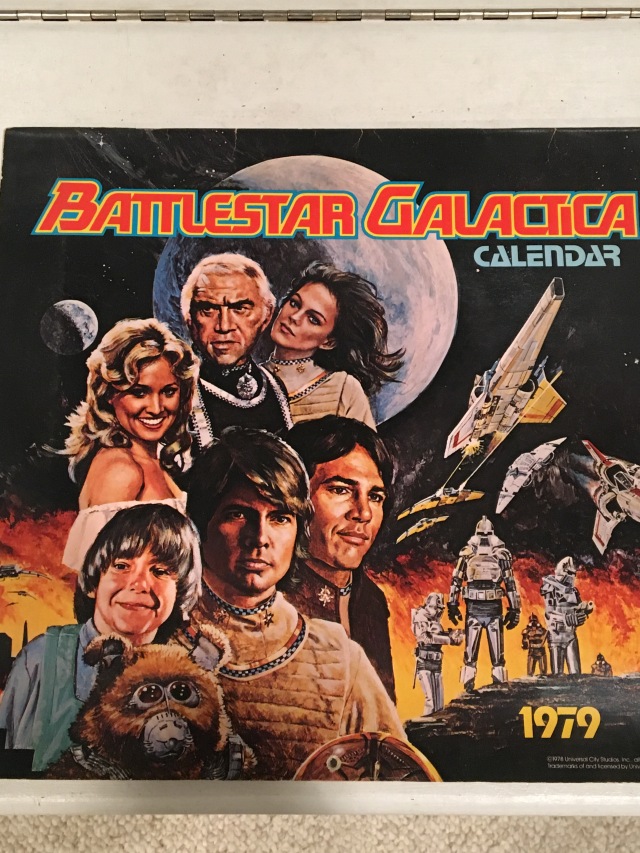 Battlestar Galactica also had some great card sets,  from TOPPS 1978 set, to a number of Rittenhouse Archive sets in the 2000’s (for both the original and new show)

One of my all time favorite promo cards is the Battlestar Galactica Gummi 2003 Card which was given out as a mail-in redemption from Rittenhouse and Non-Sport Update Magazine.

Funny how the death of somebody I never met, can bring back so many fond memories.  Thank you, Mr. Hatch, for making my world a bit better and may you rest in piece